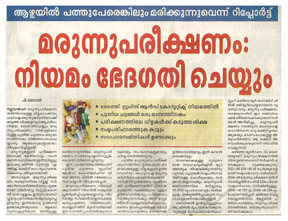 Posted by Jananeethi - Save Clinical Drug Trial Ethically Sound and Corruption-free at 03:43 No comments: 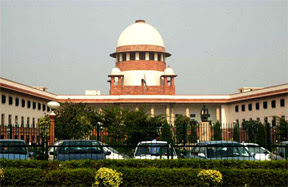 The Supreme Court on Thursday said uncontrolled clinical trial of drugs on humans by multinational companies was creating “havoc” in the country and slammed the Centre for failing to stop the “rackets” which has caused deaths.
Observing that the Government has slipped into “deep slumber” in addressing this “menace”, the court ordered that all drug trials will be done under the supervision of the Union Health Secretary.
The apex court said the government has failed to put in place proper mechanisms to stop “rackets” of multinational companies, which are conducting illegal clinical trials, and asked it handle the problem on an urgent basis.
“You have to protect health of citizens of the country. It is your obligation. Deaths must be arrested and illegal trials must be stayed,” the bench comprising R.M. Lodha and A.R. Dave said.
more......
Posted by Jananeethi - Save Clinical Drug Trial Ethically Sound and Corruption-free at 03:40 No comments: